Swallows class enjoyed the last of the glorious, late-summer weather outside in the garden with a Viking visitor! Having spied him cooking his breakfast through our classroom window, they eagerly rushed out to be greeted by a fully-working Viking camp, complete with small fire. They spent a busy morning learning about Viking villages and camps, discussing traditional occupations and then crafting beaded headbands. There was plenty of time to learn how to plait and they shared a few Viking myths too. After lunch, it was time for weaponry! First, they acted out a story, showing how chainmail could save the life of a young Viking in an ambush. Then they explored lots of different weapons: the seax, the sword, the single-handed spear and the bearded axe. Plenty were brave enough to have a go, often with a weapon considerably larger than them, and there were lots of cheers and much excitement! Finally, they split into teams and went head-to-head in Viking battle: (cardboard) shields raised and (foam) swords (foam) spears at the ready. A fantastic day was had by all 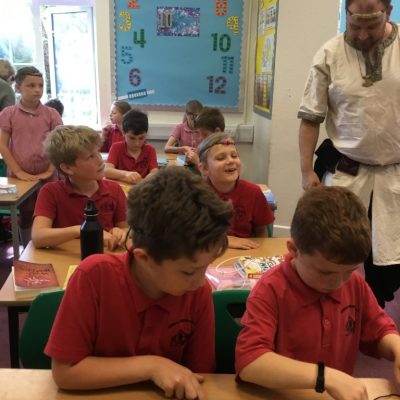 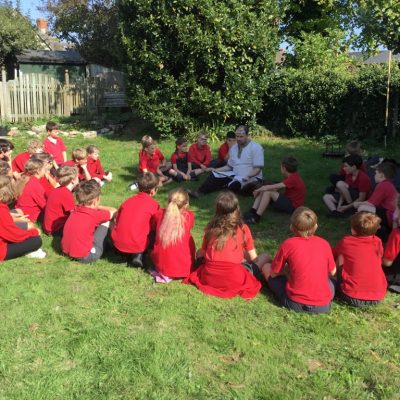 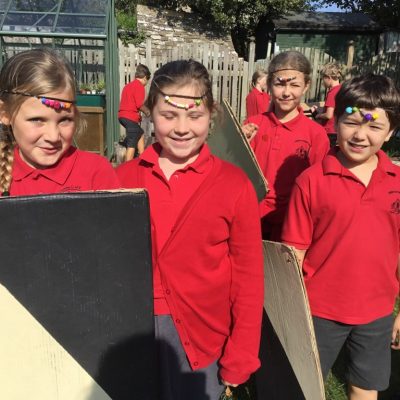 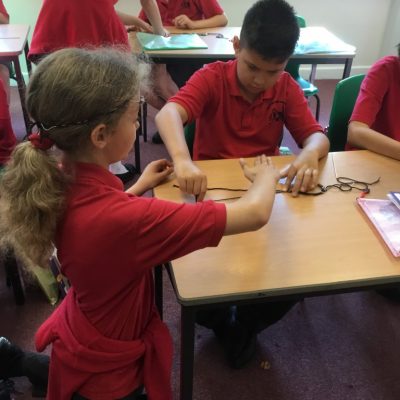 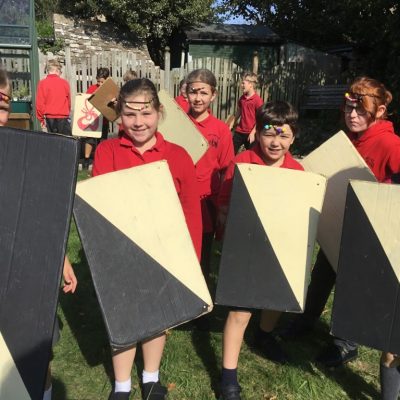 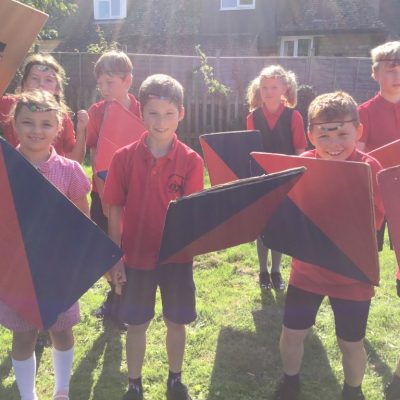 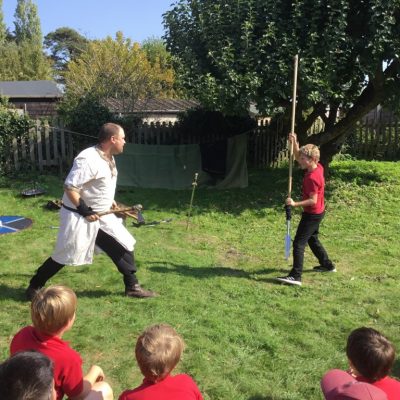 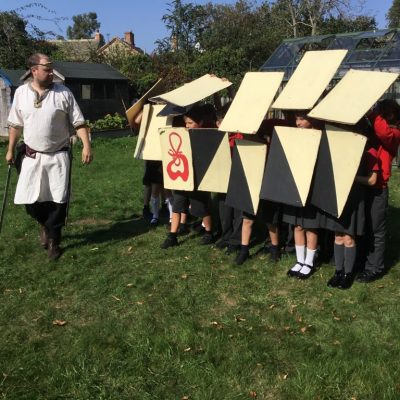 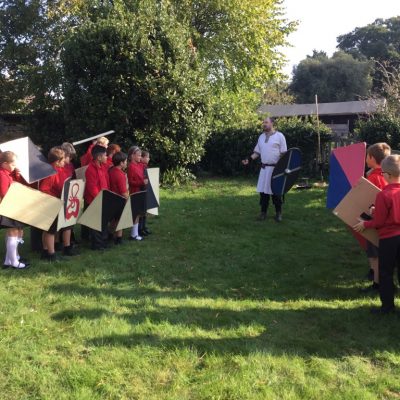