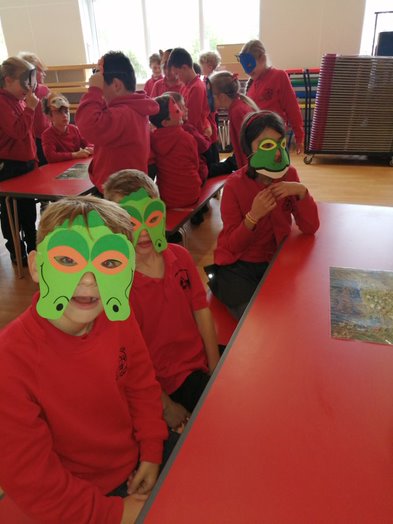 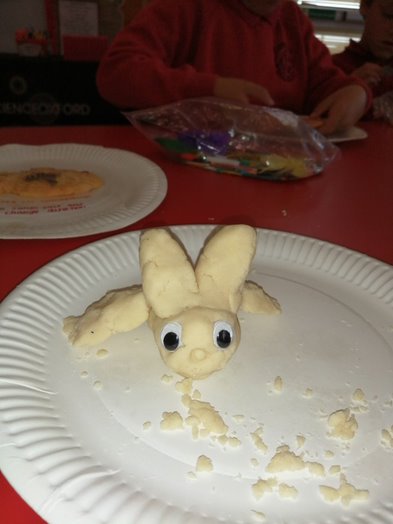 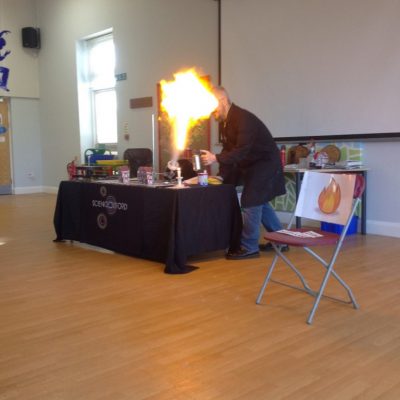 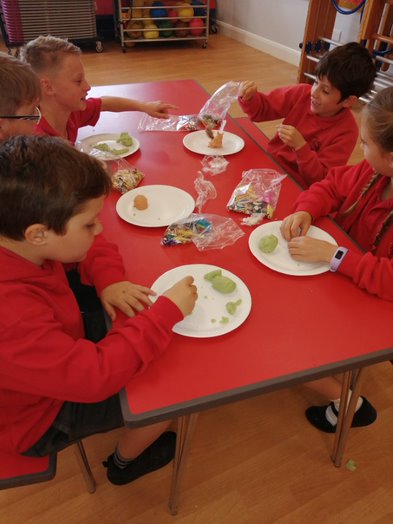 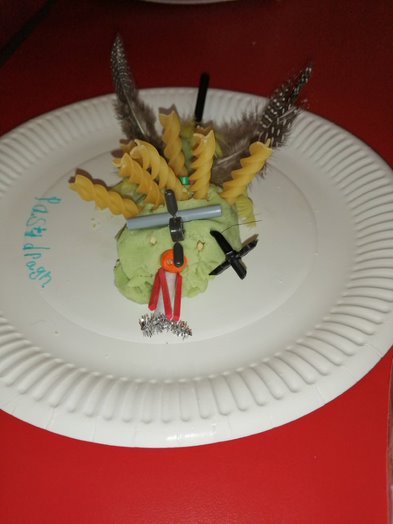 Year 5 and 6 discovered plenty of new things about forces. They learned about Newton’s laws of motion and the impact gravity, air resistance and friction can have on us. Among the experiments: water and fizzy, vitamin tablets sent some objects flying into the air; magnetism, as a way of making trains seem as though they are levitating; and there were plenty of aghast faces when it was proved how strong an egg can be!

Wearing animal masks, the children were asked to find the picture of the correct habitat and meet the other animals that lived there! Some, like the crocodile, would have eaten the frog! The children were asked to think about how each animal had adapted to its environment and how its features allowed it to hunt or eat its prey.
Much fun was then had creating their own imaginary animals out of playdough, labelling the features and how the animal had adapted.
Kingfisher Class (Year 1 and 2)
This week Monday began with a feast of awe and wonder, presented to us in the form of a science workshop led by Science Oxford. The theme was ‘The Great Fire of London’, which fit perfectly with this term’s Big Question, ‘Is Light Important?’. Ian led us through the sequence of events and demonstrated how the fire would have spread from house to house, as well as an amazing explanation of how fire drops were formed. Who would ever have guessed about the wonders of an empty teabag that is set alight!
Red Kites Class (Reception and Year 1)
We enjoyed learning about how the Great Fire of London might have started. We learnt about what is needed for a fire to start and loved seeing what happens when you add more oxygen to a fire. We also saw what gas is formed when you mix vinegar with bicarbonate of soda…it filled the balloon with carbon dioxide. This gas put out flames!