Thank you to everyone who sent in their photos to the Nature Photo competition that Nell (Year 5) organised as part of Green Club this summer. We had some amazing entries. Combe photographer, Dave O’Brien, chose an overall winner and two runners up. This is what he said:

A competition full of excellent photography showing off the diversity and beauty of our local countryside. It was a very difficult task to choose an overall winner and runner up entries. An initial shortlist of 10 was carefully whittled down to the winning 3 entries but in truth all the entries were accomplished photographs, showing an appreciation for both the subject matter, whether a bee, a butterfly or snail or the wider landscape and the different colours and textures which can be found there. All participants were clearly drawn to their subject matter and showed excellent photographic technique in capturing the essence of what attracted them to the scene. It was a great joy and delight to see so many excellent photographs and the judging in the end was a pleasingly difficult task. I would recommend all the entrants continue with their photography of nature as the standard and quality of the images was very high. 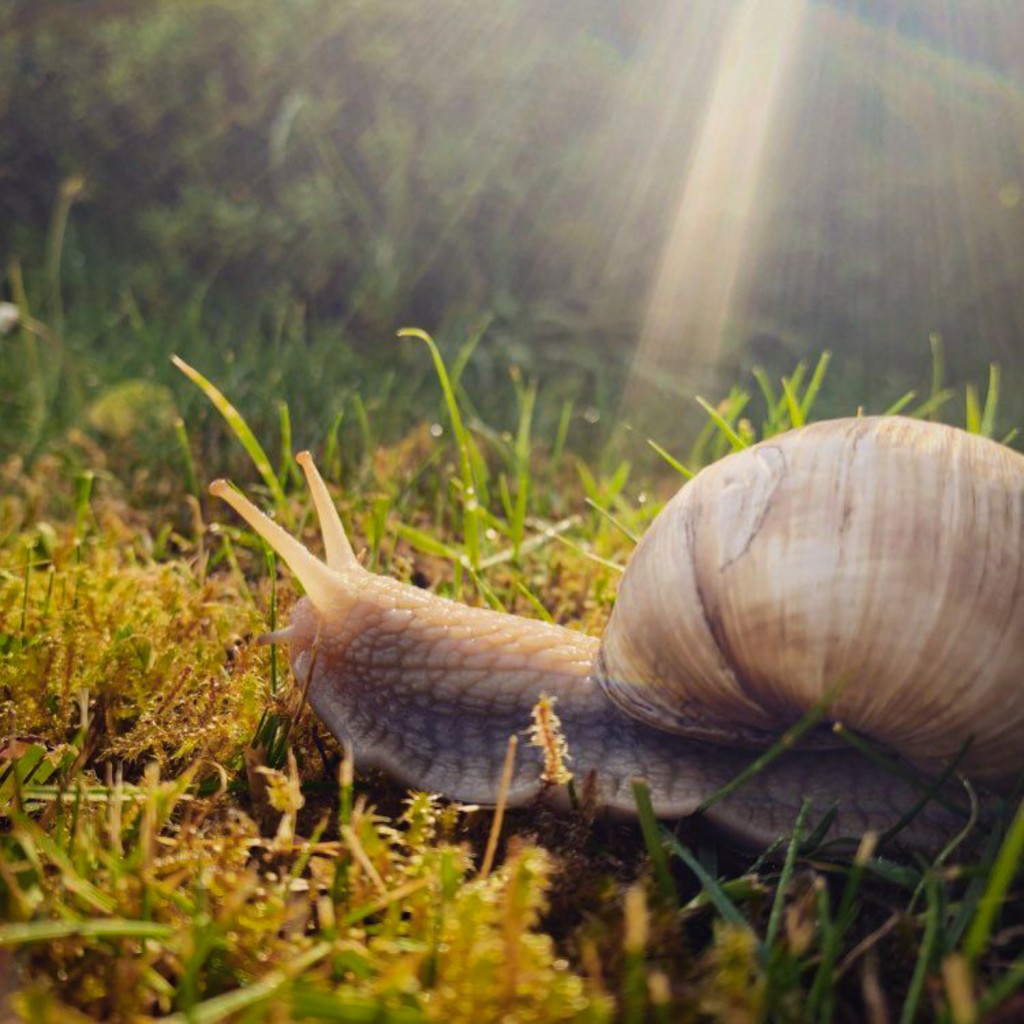 Just wow! A striking and beautiful image which Annabel can be truly proud of. A Roman snail is a rare thing to find but getting down low, we feel we are on a journey with the snail as it makes its way through the undergrowth, But also, what great light! The sunbeams shining down create drama and direct the viewer to the snail as it ambles along. A very accomplished photo, carefully composed and using the incredible light to give emphasis and drama. A deserved winner of this inaugural competition! Congratulations. 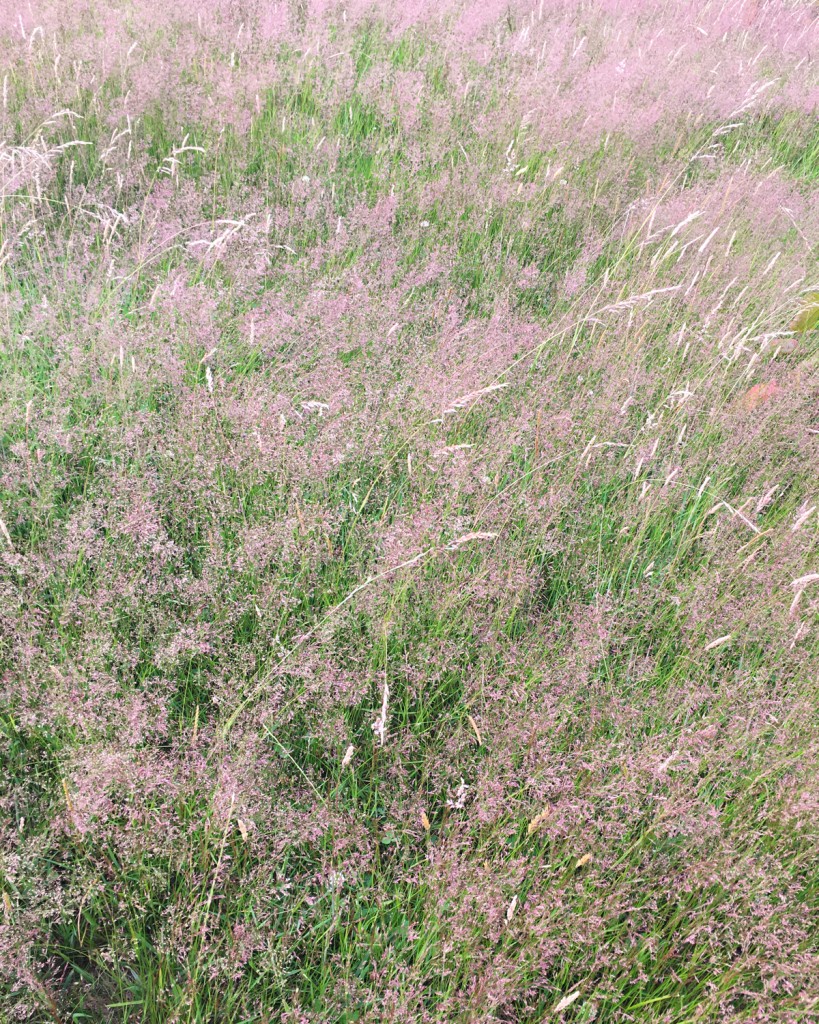 A wonderful image which I would proudly hang on my wall and it is certainly the kind of image that I personally would look for in the landscape. This image is all about texture and colour. Many might pass this by as showing no particular subject but Jemima has captured the very essence of being out in the landscape at this time, enjoying the colourful grasses as they move gently in the wind. A beautifully striking and successful image which invites the viewer into the scene to enjoy! 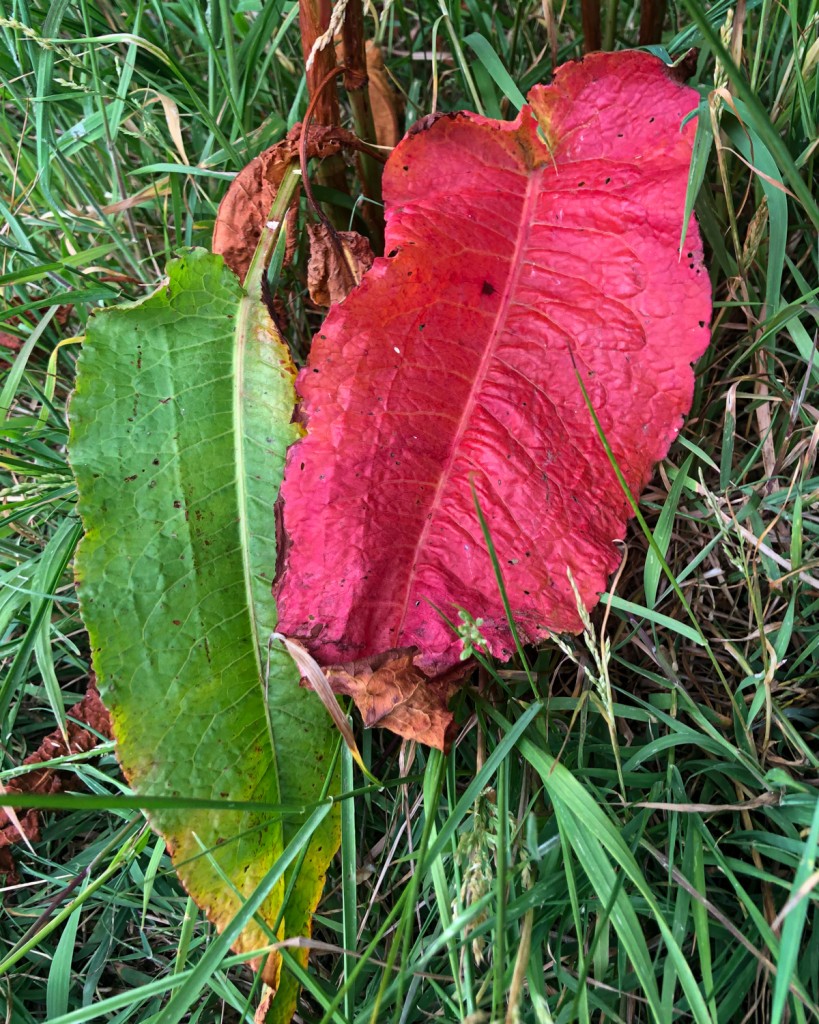 Another delightful image which captures the viewer’s attention. It shows us that nature doesn’t stand still and can produce striking contrasts – the red/green contrasts have been beautifully captured here by Jack. The two leaves gently overlapping show how they are connected and sit among fresh green grasses which project out of the image and really help to focus the eye on the colourful leaves. It’s a ying-yang subject matter, one leaf alive and healthy and the other showing off the colours of decay – beautiful vibrant colours which shows that there is also beauty in decay. A very well-observed image and a worthy addition to the runners-up position!

Here is a picture of Annabel, Jemima and Jack receiving a large print of their winning photo ready for framing. 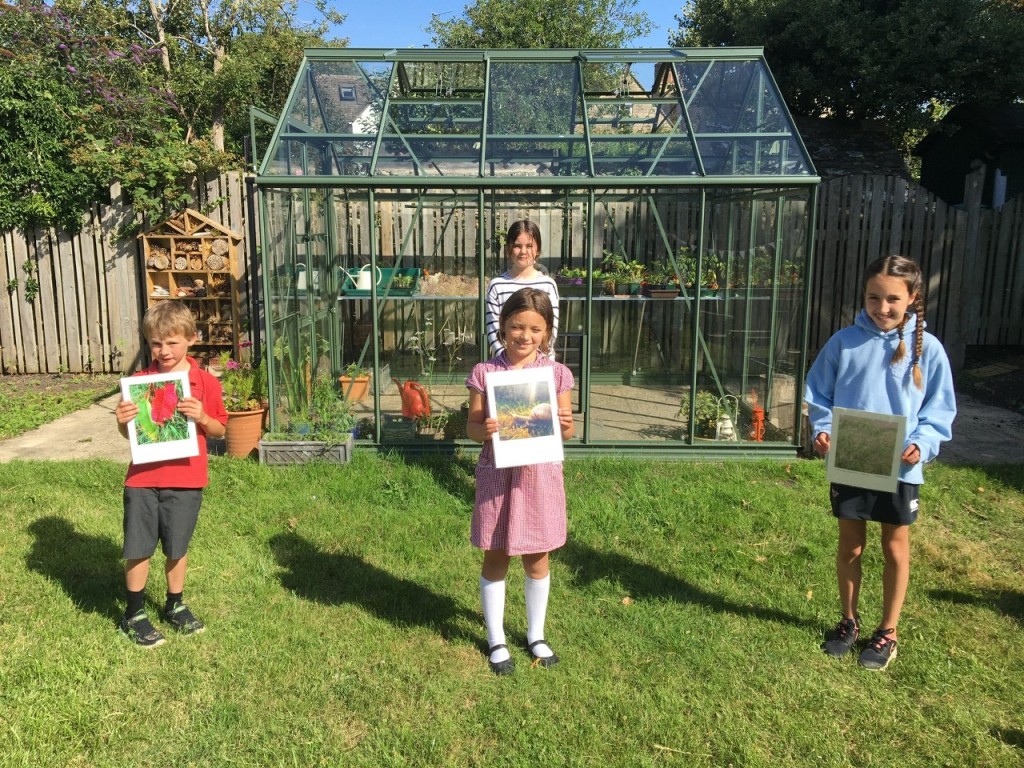