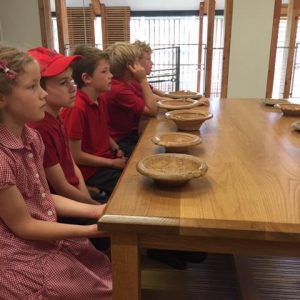 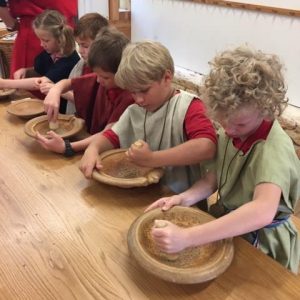 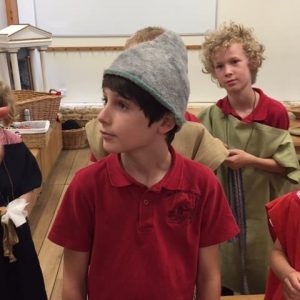 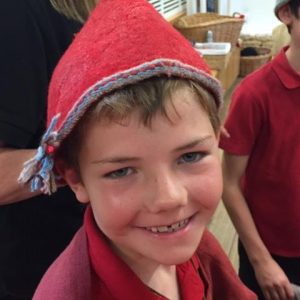 We went to Chedworth Roman Villa on Wednesday 10th July 2019. We made medicine using black mustard seeds, coriander, cumin and oregano. We saw and held some tesserae which is used to make mosaics. We learnt that hypocaust means underfloor heating in Latin. We learnt that 2000 years ago, when the Romans were slaves, you wore a hat to show that you have been freed from slavery. Only very rich people had underfloor heating, so you were very lucky if you had it. Chedworth Roman Villa was discovered completely by accident when a gamekeeper found fragments of flooring and pottery. There was lots of Roman mosaic floors made of lots of different colours of tesserae. Roman snails still exist at Chedworth Roman Villa today!! The Romans used to eat snails as their food because they liked snails but we think they are disgusting, but some people like them. We held some stone and tesserae that the Romans have held with their very own hands. The Romans had lots of different baths. Firstly they had a lovely hot bath. The bit they didn’t like so much is the cold plunge. It is a freezing bath and they just quickly plunge into it. It is so cold that you would get goose bumps instantly. It is almost as cold as ice. The Romans used to spend 3-4 hours in the hot bath and they got out straight away of the cold plunge to go and warm up.